Formed in 1949 by Harry Blech, the London Mozart Players are a versatile ensemble ranging in size from full chamber orchestra (around 40 musicians) to smaller chamber groups, trios and quartets. This is one of the ensemble’s strengths: being able to perform any type of chamber music in venues both big and small.

The orchestra performs with a conductor or a soloist/director from the violin, as was usual performance practice in the eighteenth century.

The London Mozart Players had a large office and plenty of room but their IT system was as organised as most office desks.

Over the years PCs and phones had been gradually added to the network and what started with a single PC became 8 PCs, one phone became 12 phones, PDU machines and faxes were added, additional printers were plugged in and the cables linking them all up ended up trailing across the floor.

Nobody likes an untidy office and something had to be done. 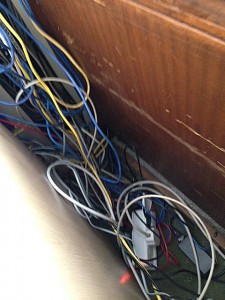 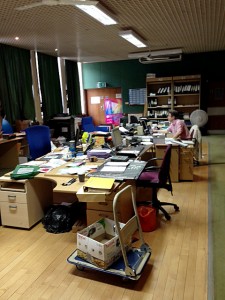 We were called in to resolve a problem with a couple of PCs which were playing up. On our visit, we recommended a number of changes to their IT system and at that point we learnt they were going to be moving offices in the near future.

This was a great opportunity for a fresh start with their network and phone system, which are part of our managed IT services. The equipment they were using was fine but the wiring that links it all together had to go. With a new office we could sit down with the client and set out where desks were going to be placed and make sure each desk had its own computer data point and phone socket.

Once the plan was drawn out, we got to work. We installed new data and phone points at each desk location and all the cabling could run neatly in the loft, out of the way of staff.

The equipment used was to the highest standard. All of our engineers are experienced installers and all cabling is carefully tested once installed.

The network equipment, router and network storage device were all housed in a new wall mounted cabinet. This keeps them secure and tidy. This way if there is a problem, the next engineer can quickly find the source of the problem without walking all over the building. 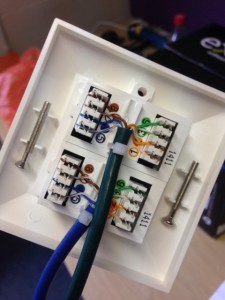 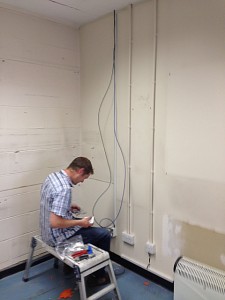 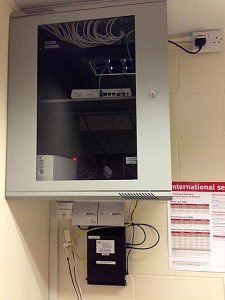 Ransomware: The Number One Risk to Manufacturing Businesses
20th October 2021
Go to Top